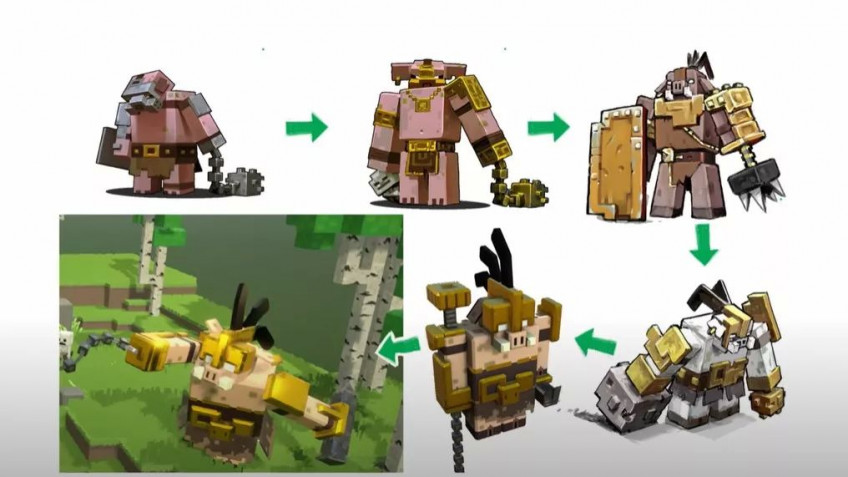 Blackbird Interactive and Mojang have released the second Minecraft Legends developer's diary.And it was dedicated to our future friends and enemies: the monsters familiar to all Minecraft fans, and new, created especially for the future strategic thriller.In Minecraft Legends we have to save the world from the invading pyglin, and for this we will be able to make alliances with those who were previously known as enemies.In the video the developers told us how old and new zombies will differ from the ones we know from Minecraft, and how they created their design, keeping the individual style of Minecraft universe.And the designers made dozens of sketches of these hats, while they chose the most appropriate one.And the main part of our army will consist of a variety of golems.Minecraft Legends will be released in 2023 on PC and consoles.The game will be available on Xbox Game Pass, as well as Xbox Cloud Gaming.