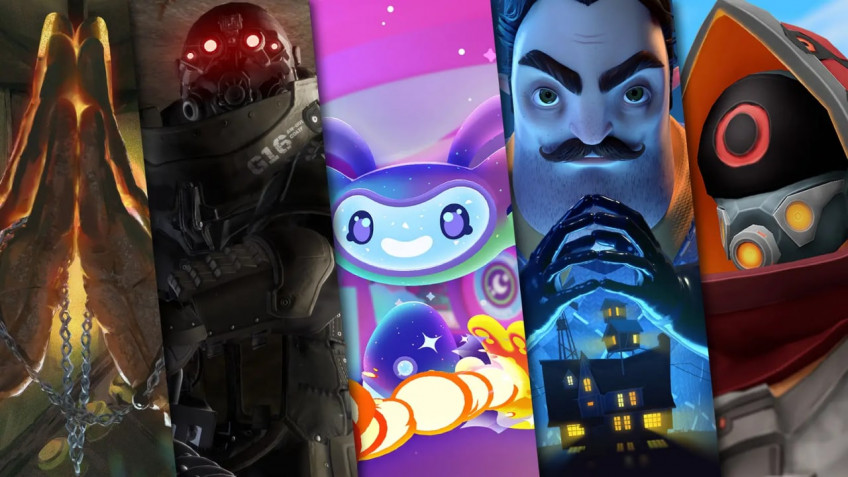 Sony announced the release date and price of PSVR 2, at the same time announcing new games - The VR helmet will be available from February 22, 2023 at a price of $550 for the standard edition. A set with Horizon Call of the Mountain will cost $600, and the charging station will cost $50.Pre-orders will start Nov.15 on PlayStation and other retailers. SpecificationsIn addition, Sony announced 11 new games and provided an expanded look at previously known projects for PSVR 2.Among the announcements are a spin-off of The Dark Pictures and VR versions of Cities and Hello Neighbor. \tThe Dark Pictures: Switchback VR Crossfire: Sierra Squad The Light Brigade Cities VR - Enhanced Edition Cosmonious High Hello Neighbor: Search and Rescue Jurassic World Aftermath Collection Pistol Whip VR Zenith: The Last City After The Fall TentacularThe Dark Pictures: Switchback VR by Supermassive Games - spin-off attraction of the main series, the action unfolds in different locations like a ghost ship and dungeon.In the process, you will be able to choose different paths that lead to unexpected consequences - no exact release date yet. Crossfire: Sierra Squad is a first-person shooter, which will be released in 2023.Players expect more than 60 missions in the campaign, 39 types of weapons, 17 types of enemies, different modes and clever AI.The project supports co-op for up to 4 people. The Light Brigade is a roguelike that will also be released on PSVR, where the player explores a dystopian world.The game will feature realistic shooting physics and magic, and you can gradually unlock new weapons and spells.Allowed to improve the base, learn additional classes and so on. Cities VR - Enhanced Edition, this is the version of the original for VR, release next year.Cosmonious High from the creators of Job Simulator and Vacation Simulator, where the player will take on the role of an alien in a space school. Hello Neighbor: Search and Rescue, a VR reimagining of the original project that will be released on PSVR. Jurassic World Aftermath Collection - a reimagined version of the original adventure, scheduled for release in 2023. Pistol Whip VR - adapted for PSVR 2 version of the rhythmic shooter, and the owners of the edition for PSVR will receive an update for free. Zenith: The Last City - an updated version of the multiplayer VR-RPG, which will be released for PSVR 2 at the start of sales.The game will have improved graphics, added new systems and storylines.Free update for owners of the original. After The Fall - updated version of the cooperative shooter about the post-apocalyptic world, supports participation in a team of up to three players.At the same time in the central camp there are up to 32 participants simultaneously.If desired, you can pass in single player. Release in 2023. Tentacular is a game about a giant squid, which was previously released for VR on PC.