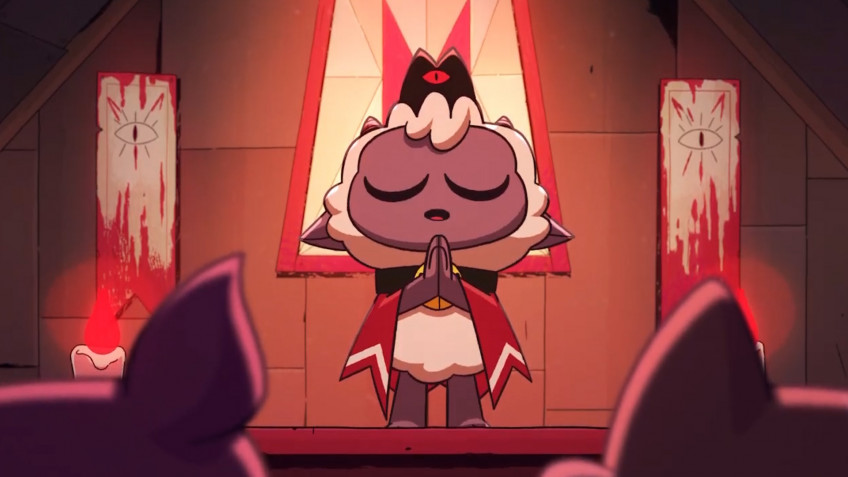 Massive Monster Studios and Devolver Digital have released an unusual video dedicated to the action film with RPG elements Cult of the Lamb.The short film is made up of excerpts from trailers created by animation studio Half Giant.The artists are specialized in the gaming content, their works can be seen not only in the Cult of the Lamb, but also in Rogue Legacy 2, Treasure in the Lake, Kitty Keeper, Lost in Play, Merge Gardens and other projects.As for the movie adaptations, some time ago the creators of Cult of the Lamb were jokingly hinting at a full movie with Chris Pratt, Danny DeVito and Rahul Kohli in the leading roles.It's likely that the animated series is just as much of a joke.Cult of the Lamb is available on Nintendo Switch, PlayStation, Xbox and PC.The game is getting very good reviews.